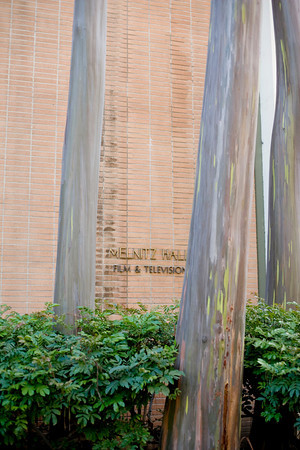 I had originally planned to write an awesome blog post this week about how I got to go to not one but TWO premieres within the span of five days. But I cannot and will not be writing that post because it turns that I failed miserably and did not get to go to either of the premieres that I wanted to go to (oh well).

So, before I get into the (not that exciting) deets of why premieres apparently do not like me, I will tell you the original plan. On Thursday, my friends and I had passes to go see The Woman in Black for free. Dan Rad was gonna be there, so I was gonna be there. And, to top it off, it was gonna be in the Grove, so I would probably get to see other celebs too.

We got there early because we knew the line was gonna be a tad crazy (indeed it was). Upon arrival, we were instructed to wait in line by Nordstrom. The line was a mile long (give or take 0.9 miles). After waiting for 2 hours and playing lots and lots of word games, the rent-a-cops who were patrolling the lines informed us that there were no more tickets left. Up in arms, we went to see Guest services, who directed us to will call, who directed us home, as there were no more tickets.

The other premiere was in Hollywood (Hey-0h). My roommate and I were set to see The Vow (more free passes, yay!), and at about nine AM the day of, I realized that I had a class an hour after we were supposed to leave. Normally, I would say Hollywood premiere > college class, but it was my fiat lux that I love. My roommate (easily) scrounged up a few friends to accompany her to the free premiere in Hollywood.

Now, let me tell you what should do. If you are going to a premiere at the Grove, do not pass go, do not collect 200 dollars, just go to the freakin’ will call table. Your tickets will be there, they will not be waiting for you a half a mile into a mile and a half line. That way you can do what the passes were designed to, allow you to watch Daniel Radcliffe talk about being in a horror film. That way, you don’t have to end up relying on word games for fun, you can just rely on placing yourself in the Harry Potter fantasy world while you stare into Daniel’s dreamy eyes.  If you’re going to a premiere in Hollywood, first things first, just make sure you don’t have class. After that, I would imagine it’s pretty much the same. Get there early, get to will call, get your tickets, and get your game on.

I wish you the best of luck in your premiere endeavors, and I hope you had better luck than I did (which is pretty easy since I didn’t have any luck at all).