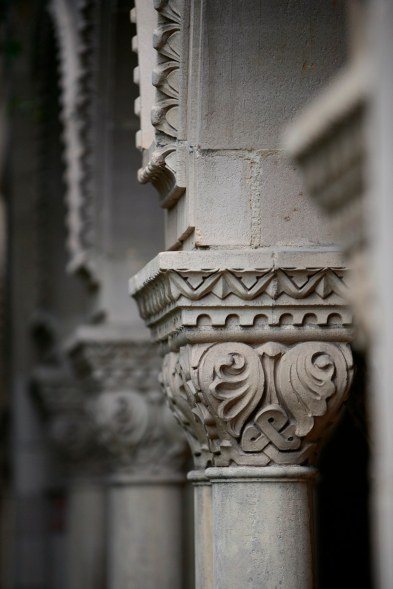 I am now officially a seasoned traveler of the French landscape. I have taken two trips thus far – a day trip to Grenoble (very beautiful, we took a gondola to the top of the city) and an overnight stay in the south of France (we went to three cities!). Being able to travel around relatively easily is one of the best parts of studying abroad in a place like Europe. There is just so so much to go see!

My trip to the south was absolutely marvelous. My friends and I started planning it pretty not-far in advance (I have a friend who has already booked all of her flights for the semester, geez!). About a week before were supposed to leave, we booked our train tickets. Despite waiting until the last minute, tickets weren’t too expensive – we bought a discount pass that cuts train ticket prices in half for 12-25 year olds. We took a train from Lyon to Nice, had an hour layover (where we ran to our hostel to drop off our stuff) and then took another train to Grasse, France’s perfume capital.

We spent most of the day in Grasse looking at beautiful buildings, drinking coffee, eating ice cream, popping into alleyways, and touring the country’s most famous perfumery. The perfumery, named Fragonard and housed in a big yellow building, was the highlight of Grasse. We took a tour that was half in Portuguese and half in a heavily-accented English where we got to learn about the perfume-making process. We saw the bottling, the soap-making, the scent-extraction, all of it – and in the end we got to sample bunches and bunches of delicious perfumes. I’m pretty sure that if there had not been open windows in the sampling room that I would have permanently fragranced the inside of my nose (which would have actually been quite nice – the smells were too good).

After Grasse we took a one euro bus over to Cannes and had dinner and crepes on the beach. Cannes was very glam and the beach-time desserts made me feel like I was living in a Martha Stewart travel book. No complaints.

After eating we made our way back to Nice for a little night on the town. We got dressed up and walked along the waterfront. Nice at night is all lit up and pretty – and very walkable! We got to see the beaches and a couple plazas just by wandering the streets. We did made it to one club – it was a Latin jazz club – but we left almost as soon as we got there because everyone else was well into their forties, not quite our scene!

The next morning we went to a market by the sea and spent the second half of the day laying on the beach and swimming in the Mediterranean. By the time we had to leave I really did not want to go, but I will be making my way to the south of France again very soon I’m sure.

Taking trips is so fun – I definitely cannot wait to start booking more train tickets, hopefully a little more in advance this time!