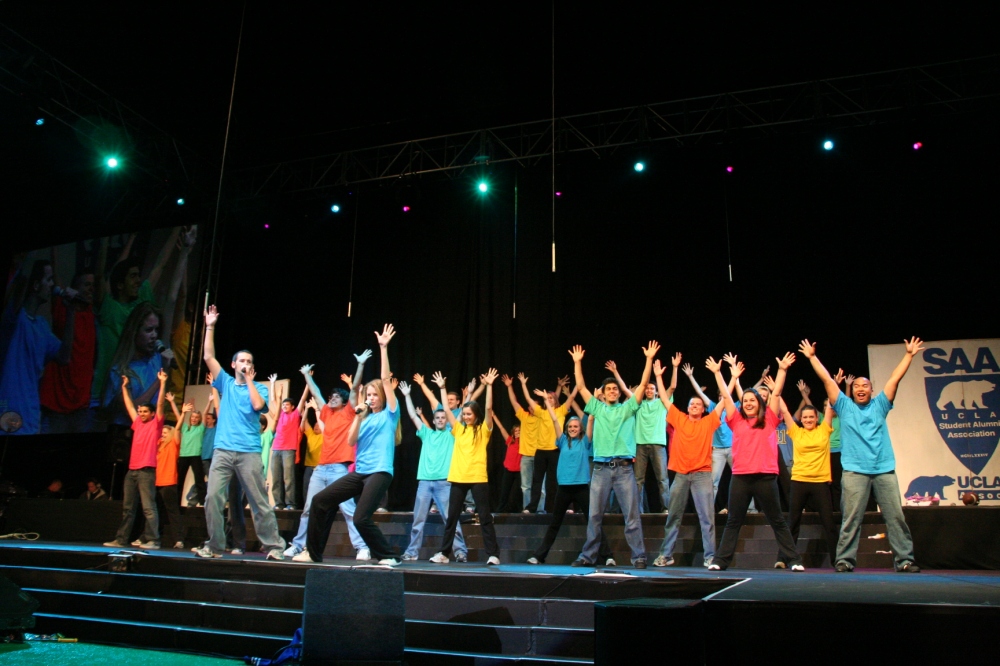 Spring Sing is just around the corner! Spring Sing is one of UCLA’s oldest and fondest traditions. It is a huge talent show that takes place every spring quarter, and it is seriously one of the most incredible things that UCLA produces. There are singers, dancers, and bands that each perform a single song for a crowd of thousands. The best part though may not even be the musical acts! In between each number, Company, a comedy sketch team, puts on hilarious skits and shows hil-ar-i-ous videos. Company is like UCLA’s own Saturday Night Live.

I went last year, and I was just blown away by how well-done the entire thing was. The stage looked great, the acts gave me chills, and the stadium was just bursting with Bruin pride (oh yeah, did I mention that Spring Sing is held in our tennis stadium?).

Anyway, about a week ago I noticed that the group I was going with had not started organizing ticket-buying yet. There are several different kinds of tickets you can get, but it is pretty much sure that big groups of people always buy tickets together even if they end up getting general admission. My group hadn’t even decided if we wanted to buy general admission tickets or if we wanted to splurge and get the reserved seats. When I mentioned that someone should start organizing our group’s ticket-buying the responsibility of organizing suddenly fell to me (I didn’t want it, I was just saying someone should have it!).

But I was gallant and I shouldered the responsibility. After all, how hard could buying tickets be?

It turns out that it is kinda hard. I didn’t really know that much about the process and kept changing the game plan. First it looked like we were going to buy tickets in the morning (the Central Ticketing Office opened at 8am), but then it seemed like we should buy tickets online, but then someone pointed out that the online tickets would be $13 more expensive.

Finally, I just decided that we needed to camp out because getting there early in the morning wasn’t going to do us that much good – if we got there later, like 7, and got to sleep in we would miss out on the good tickets, but if we got there earlier, like 4, we would barely be sleeping that night and would be super cranky the rest of the day. At first, I was kind of nervous about the camp-out. I really didn’t think that very many people were going to be up for sleeping on concrete.

Wrong again! We had a huge turnout to the camp-out! People even came just to stay up with us until we called it a night. People brought us food and blankets and tents (good thing, too, about the tents – it rained literally the entire night). The camp-out was super duper fun, and we ended up getting really great seats!

I am so excited for Spring Sing this year. It’s already had such a great start!