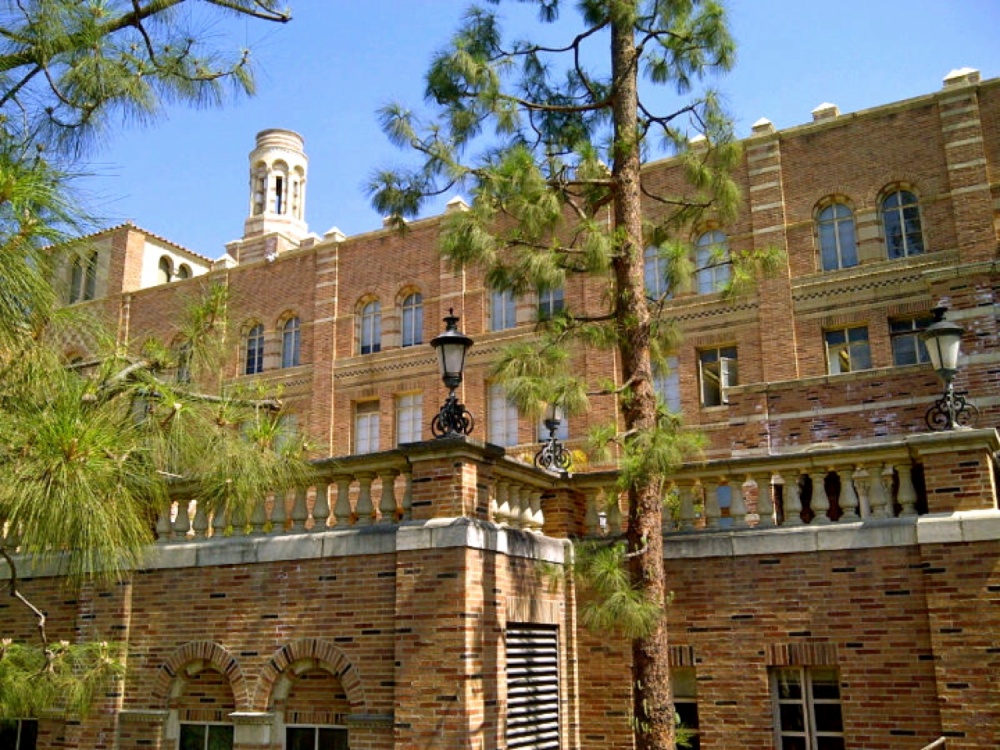 UCLA has been compared to the fictional school of wizardry numerous times. It’s a running joke among all the students, mainly because of its grand architecture (and because we’re so smart, just like Hermione). The original campus once consisted of just four buildings: Royce Hall, the Physics-Biology Building, the College Library (Powell Library), and the Chemistry Building. There are now so many buildings on campus—too many to count—that many students only go into about half of them. This is somewhat because campus is unofficially divided into two portions. Math and Science majors are considered South campus majors because most of their classes are located in buildings on the Southern section of campus. Notable buildings are Franz Hall and Young Hall. Humanities and Liberal arts majors are considered North campus, because the majority of their classes are in the Northern end of campus. The Humanities building, Dodd Hall, and Moore Hall are all North Campus buildings.

Even though this division exists (I am an undeclared humanities major), I am still up to the challenge of going inside every building at UCLA, no matter which half of campus it is dedicated to. Just today, as I walked back to bruin walk from Franz Hall, I approached another building, which I didn’t know the name of, but I walked right inside just out of curiosity. So far, I’ve visited the following buildings on campus:

I’ve definitely been in more buildings, but these are the ones I actually knew the names of, when I walked through the door. There are many more and thankfully I have four years to complete my challenge. Hopefully I’ll finish before 2015. All of the buildings on campus are beautiful and unique, and each creates an indescribable atmosphere for students. Everyone should spend some time once a day, walking into a new, unfamiliar building.