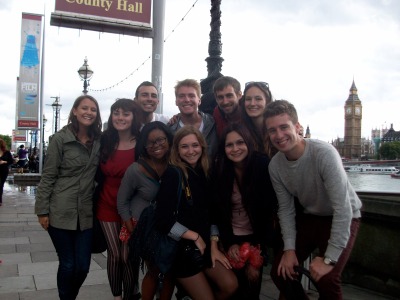 Yesterday, I arrived home from the most amazing trip to England.  I did Travel Study with the English Department and went to London and Stratford-Upon-Avon to study Shakespeare.  This post is one of four where I’ll describe my four-week trip.

Traveling to England was surreal.  It was my first time traveling internationally so it was particularly special.  It was strange to look out the window and see foreign soil.  I remember thinking “This isn’t America anymore.”  I rode the tube to my hotel – the tube is the subway system in London – which I couldn’t find and got lost.  Eventually, I found it, dropped my stuff in my room, and immediately began exploring the city.  Magical would be an understatement to describe the effect London had on me.  I was amazed and astounded at the history all around me, even in the simplest buildings.  In a span of two hours, I saw Trafalgar Square, the London Eye, Big Ben, Parliament, and the River Thames.  I went to dinner with a large group from my program and had a traditional English dinner at a pub and went karaoking right away.  I sang “Man in the Mirror” for the Brits, who went bonkers.  They really like American enthusiasm over there. 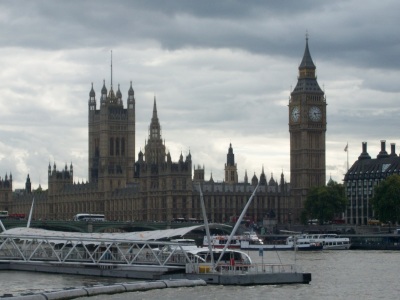 The next day, I went to the Great British Beer Festival, an entire convention devoted to different beers and ciders.  It was awesome!  We even met a few Brits who talked with us for a while about British and American culture, traveling, food, sports, and many other topics.  They were great and spent the day with us.  They even took us to Brick Lane, a spot famous for its Indian food.  It was one of the tastiest meals I’ve ever had—it was truly authentic.

My third day included a performance at the Globe Theater, the same theater where Shakespeare’s plays were performed when he was alive.  I saw a performance of “As You Like It,” which was awesome!  After the performance, we wandered a bit and saw Westminster Abbey, Buckingham Palace, and Hyde Park: truly beautiful sites to behold.

I even went for a run the next morning, to Hyde Park from my hotel with one of my friends; we got some curious glances from many Londoners who couldn’t fathom why we’d be running anywhere.  I was able to meet up with one of my friends from home by the National Gallery, a museum filled with amazing and well-revered paintings.  After, we went to a pub called Princess Louise, where they had the BEST cider I’d ever tasted!!  Only £2 per pint!

Before I knew it, we were seeing another performance: “Much Ado About Nothing”, which was another great performance.  After the show, a group of us wandered the pubs and clubs of London.  It was quite an experience where we met some of the most “interesting” characters the city had to offer.

This is what I was able to jam into a short 5 days in London.  Look for Week 2 in the next post.  Go London and Go Bruins!!