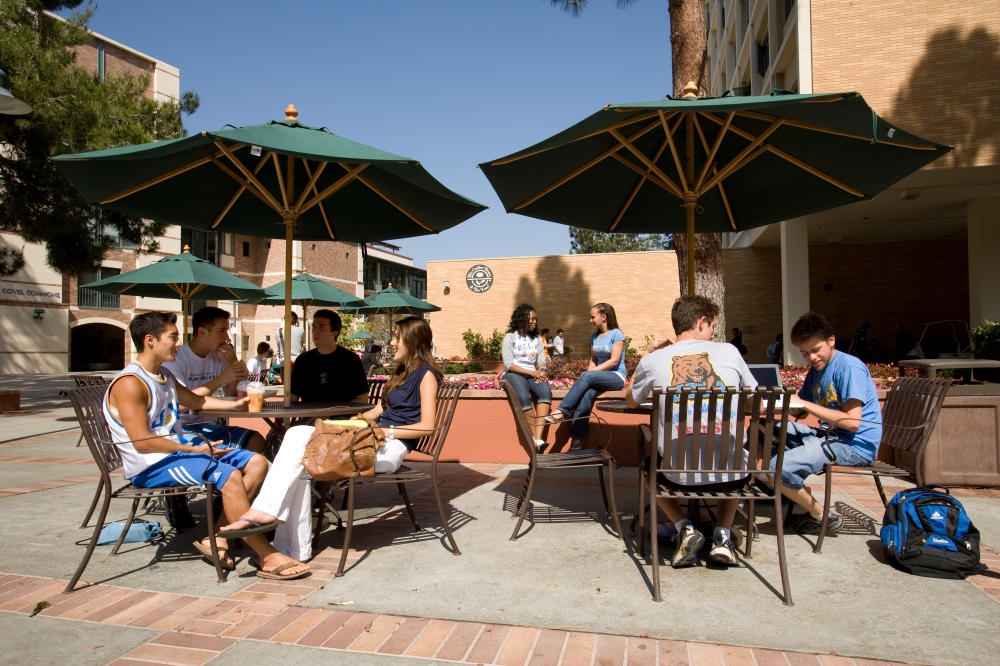 You might be wondering what all those references to “10th week” were about. UCLA, along with almost all of the other UCs, sports a quarter system. We have four quarters (duh), one of which is summer that students don’t need to attend. All quarters are ten weeks long with a finals week tacked on to the end. Finals week is great because it doesn’t have to last until Friday. When you pick your classes, you can see what time the final is scheduled. Some classes don’t even have finals (they’re called Exam Code 30). This way, students’ last days can be as early as Monday. Fall quarter also has an extra week in the beginning to acclimate all the students. It’s called “Zero Week” for two reasons. One, it is before week 1, and two, you don’t have to do anything. Our student government puts on concerts and presentations, movies and games, and really, Zero Week is just a lot of fun.

Because the quarters are only ten weeks long, life at UCLA moves pretty fast. Midterms arrive almost immediately and skipping a lecture can really put you behind. It isn’t anything to worry about though–you take fewer classes at the same time in the quarter system when compared to a semester system. With semesters, students usually take about five or six classes. That is a lot of information on several different subjects for sudents to keep in their minds and is only possible because of the slower pace of a semester. Because things move more slowly, classes can drag, and if you are unhappy with a class or professor, you have to endure for longer than just ten weeks. The quarter system is great because you only have to take three or four classes a quarter, which is manageable and fun because of the fast pace. And if you don’t like a class, it’s over soon!

UCLA has a unique quarter system in that we label each week. We call the weeks “Week 1, Week 2,” and so on, which is a pretty obvious labeling system, but it is special to UCLA. Students here stop thinking of days and months and instead think, “what will I be doing 7th week?” and “I have a midterm week 4.”

I am very happy with and proud of our quarter system. I encourage you to not be scared or intimidated by its reputation for moving fast; instead, remember how much fun it can be!